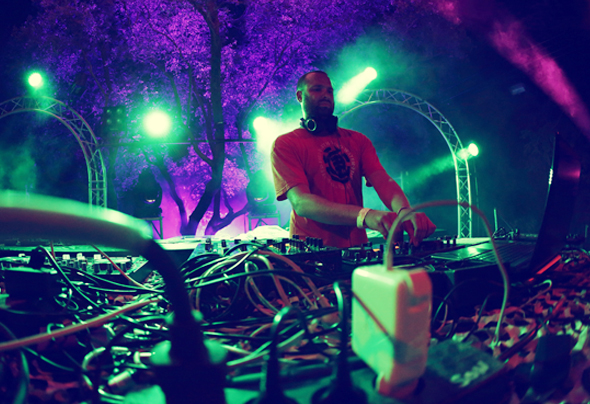 This week on the DBS we welcome back MartOpetEr!

The man has been consistently been releasing solid originals and remixes and is a firm favourite of mine. We last had him on back in 2012 and since then his sound has only refined. This mix showcases a stack of new material about to drop, so make sure you tune in!

Hailing from Nice, France, Peter Guildoux aka MARTOPETER is one of the most promising psybreaks/tech-funk producers in the modern breaks scene. He had started making Tribal Techno/Hard Techno live sets in 2002 influenced by the Free Party movement in south of France. Around 2009, after producing some drum and bass and break’n’tech live sets, he shifted to the breakbeat sound – more specifically to the psybreaks style. He started releasing stuff back in the early 2011 and since then he never looked back.

MartOpetEr received recognition and managed to build a strong profile in the scene after releasing “Acid Rain” on VIM records and “Soldier of Sound“ on Divergence Records, both of which achieved substantial success on the charts. From then on, he had a series of top notch releases for Broken Robot Records, V.I.M. Breaks, Divergence Records, LOT49, Tek Records, In Bloom Recordings, Logariddim Records, Yellowfinger, Dirty Drops, Breakz R Boss, Sub Element Recordings and Raveart Records. MartOpetEr continues to push his powerful yet atmospheric sound to new frontiers, while gaining a considerable following in the process. As his razor sharp, chest thumping basslines consume the dancefloor, hardly anyone can resist moving their bodies to the intoxicating vibes of the psychedelic guru.

Big, big set from MartOpetEr featuring some of his upcoming remixes as well as a sneak peak into Hedflux’s new label Luminus Music. My mix was the play of a guest mix I did recently for fellow NSB show Rule Of Rune – I couldn’t play live as we had a massive hail storm later afternoon and as my car got trashed I had to spend the time getting my claim in. will be back live next week for sure!