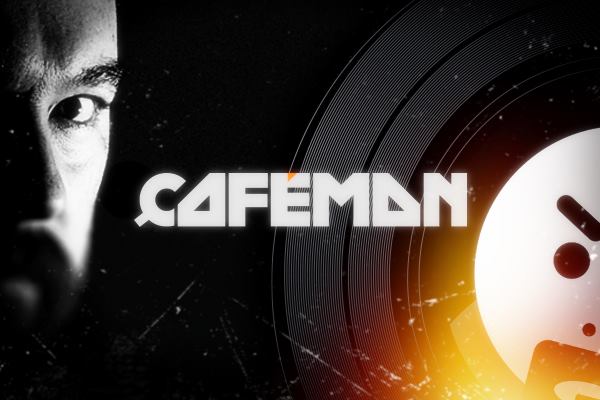 Continuing the run of DBS Guests, this week we have none other than chat room regular, top bloke and actually pretty damn good DJ – Cafeman! I’ve gotten to know Mike via the show over the last few years and recently he’s been posting some quality sets on his Mixcloud, so thought I should get him on. this set sits firmly in the techno/tech funk side of the room – phat, chunky and groovy – one not to miss

Also, it’s Breakpoll time again – as if you didn’t know already.. 😉 If you’re a fan of the show I’d love a vote for Disc Breaks in the ‘Best Show’ category. I made it top 5 once before, it’d be cool to get there again.

First release was on a weird hungarian experimental electronic compilation in 1999, since then made some remixes even for a metal band, got some remix prizes and played at some hungarian clubs under lots of aliases (mostly small underground places and events) never too noticed. Turned away from music in 2005 after some bad clubbing experience. Become an art director and expressed myself in design, won some prizes. Turned to breaks at the late 2000’s thanks to flack.su the discbreaks show and the good old breakbeat.hu scene. Now mixing for fun at friendly events and got back to producing music now refreshed…that’s all i can tell about myself, oh yeah: and have a beautiful daughter who loves music and knows who is darth vader

ah, that was a great show! Loved the guest mix from Cafeman – as did the chatroom – chock full of great tracks mixed really well – a very cool mix! as the guest mix was 1.5 hours I played a little at the beginning, but then as no DJ after me did a short encore set at the end too, so this show is almost 3 hours long – enjoy!