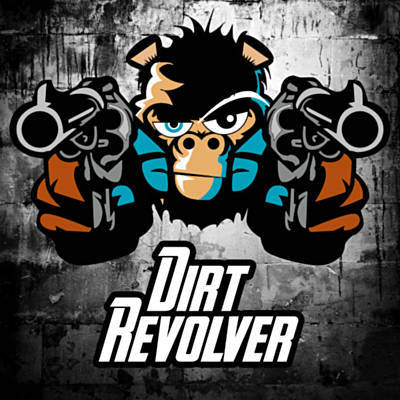 This week on the DBS we’re featuring a man who’s breakbeat creds have risen very quickly – and for good reason – Dirt Revolver. I have loved his big & dirty, groove laden tracks and remixes since I first heard them and they’ve become regulars in my sets. He’s recently had a slew of tracks out and all have done the damage, building the man as one of the big names to watch in 2014. The mix he’s sent is quite simply massive – a big set of big groovy tech rollers and peak time floor destroyers – make sure you’re up and have cleared a space for this one…

Alan Cross aka DIRT REVOLVER is a prolific Breaks/Electro producer based in London, UK. His first official appearance in the scene was back in 2010 with the Electro-House single “DIRTY LITTLE SECRET” for VENTUNO RECORDS followed by further remixes for the same label. At the beginning of 2011 after winning the LOT49 remix competition he appeared on LOT49 RECORDS “TAKE MIAMI” compilation (with a killer Progressive House remix for ODISSI’s “Red Headed Devil Woman”) and has never looked back.

With further appearances on LOT49’s TAKE MIAMI 2012 and TAKE MIAMI 2013 compilations and a remix of MEAT KATIE’s “I WAS THERE” his career is fast taking off and in 2013 he signed to DIABLO LOCO RECORDS with his killer “GET THE FUCK DOWN”. He also produced an awesome remix for SUPERPOLITIK’s “HELP ME FLY” on V.I.M.BREAKS. His single “SOUL SURFER” was released on VIM RECORDS in the latter part of 2013 to critical acclaim and currently he has further releases lined up for DIABLO LOCO, VIM RECORDS, and Vandal’s BENEFIT RECORDINGS. With support from artists such as ELECTRIC SOULSIDE, KOSTAS G, THE WHITE RIOTS, PHASE ANIMATOR, FISSO & SPARK and BLACKLIST, He is one to watch in 2014!

woah – that was a massive guest mix from Dirt Revolver, very much a peaktime set including and exclusive colab from him and Charlie Kane – big mix – respect to the man. My mix was pretty varied, techno, tech house, deep breaks, old skool breaks – enjoy!

Next Week: Guest Mix from Grove