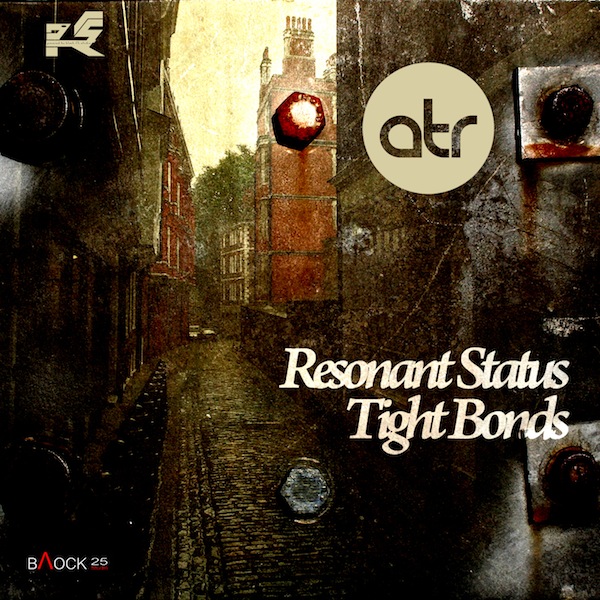 Tonight we have a very special guest mix from Resonant Status showcasing his debut full length album “Tight Bonds” which hit stores earlier this week. I’ve been rinsing the album at home, on the train, at work – pretty much everywhere – and it’s damn good. A proper album with different styles and tempos and vibes – it’s kinda like the love child of Adam Freeland, Evil Nine grew up and wanted to pay respect to the past but with modern sounds and vibes – it really is quite good. the guest mix is a journey through the album as well as including some other new tunes from the man – make sure you grab this one!

Resonant Status debut album on Audio Theory Records is finally ready. The Greek ‘Breakbeat’ master is releasing the darkness and the deepness! From Evil Nine to Aesop Rock & from Adam Freeland to Stanton Warriors.

10 breakbeat tracks with rock attitude,vocals & quitars! Perfect soundtrack for a walk into the dark roads of Camden!

The story so far:

Resonant Status was around the underground electronic scene for quite some time, before emerging from the depths of deep bass lines, tight snares and out worldly soundscapes.Eventhough he was influenced by the Psy-trance movement, back in the 90’s, he quickly realized that the energy that pumps into the Breakbeat music, would be his next musical step. The ‘big-beat’ sound he delivered in his sets, during the early 00’s, made an impact on the local club scene building slowly the local myth of RS. With his own radio show in Greece’s ROCK FM, he worked as a producer and managed to get numerous DJ residencies in many underground clubs in Athens.

After some experimentation, he re-invented his style, from Big-Beat to pure breaks resulting in various (and quite random dare I say!) appearances in compilations from minor labels.

His cinematic, almost ritualistic style caught the eye (if not the ear) of many important labels during the last 5 years including: Rune Rec, Divergence, VIM , Break Wind Productions and Audio Theory and his work was and still is supported by well-respected radio shows.
2013 is the year that marks RS’s sonic attack to the dancefloors,with his debut album ‘Tight Bonds’ getting huge support and feedback from artists/radio producers and warriors alike. A milestone for the greek breakbeat scene with collaborations from all over the musical map.

Sound engineer, producer and musician this guy will definitely keep doing what he does best. Breaks of all kinds, breaks for all kinds!

That really was a very special show… massive respect to Resonant Status for the album showcase mix, it was so, so good. Make sure you check out the album, I really do think it will be a breakbeat classic for years to come. Lots of randomness in my mix full of new and old stuff enjoy!

Next Week: Guest mix from Optobot