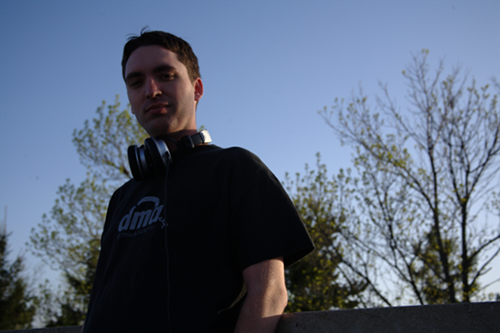 This week we welcome back a man who last graced us back in 2009 – Yanix ! (damn, time flies…) He’s recently graced us with some new tunes in the form of an original in Derecho on Ridiculoud and a remix of Kostas G on VIM. With a stack of other new stuff to land i thought it’d be a great time to get him back on, so here he is! this mix is full of his fresh stuff as well as some big tunes he’s digging at the moment.
See you in the chat!

Shortly after discovering trance in the late nineties, Yanix submersed himself in electronic dance music and DJ culture. And although he still considers himself a trance artist at heart, Yanix is known to craft tracks and DJ sets ranging from deep progressive house, breakbeat, and even drum and bass. Playing to all kinds of crowds throughout the years, and sharing the decks with the world’s biggest artists such as Tiesto, Ferry Corsten, and Paul van Dyk has lead to an appreciation of many styles of dance music.

In 2009, Yanix co-founded Ridiculoud Records with his good friend Ghettface. The label highlights their similar taste for peak-time, no nonsense breakbeat music. After producing two original tracks with Ghettface, Yanix started focusing on his own remix work for Ridiculoud and other labels around the world.

While hard at work writing breaks for his newly launched label, don’t be surprised to hear new music spanning a wide range of genres. In fact, Yanix has already finished new material in the form of trance and progressive house. And when you catch him behind the decks, expect to hear all the influences across the many genres of electronic dance music that comprise the trademark ‘Yanix’ sound.

Great to have Yanix back on the show and with such a stack of great new tunes too – I see big tings for him in the back half of this year! My mix was a nice mash of the old and new, but had to use an old shitty pair of headphones that only worked in one ear as I left my DJ cans at work – won’t do that again in a hurry!