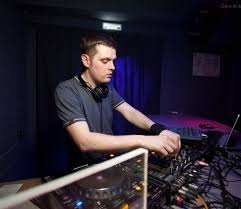 This week we’re back to the deep stuff well and truly with a guest mix from somebody I’ve been wanting to get on the show for a while… Alfoa! I’ve been a fan of the man for a while now, he is one of those names where you can just buy the tune or remix without even listening to it as he rarely puts a foot wrong. Arguably the king of the 3 minutes breakdowns, every one of his tracks have a grace and flow that just works, while his production and beats are super tight, plus he’s not afraid of experimenting with different vibes and sounds – bringing together a great quality and unique sound to his stuff.

and also as most of you will know the world lost Scott Hardkiss recently, which was such a tragic loss. One close to him has started a page to raise funds for the family he left behind and is giving away his remix of the classic Raincry in return for a donation towards the cause – not sure you can think of many better reasons to pay for a quality tune…

“I am giving away a free download of my Raincry remix… I am asking if you can give at least a 5$ donation to the Scott Hardkiss fund,, All proceeds will go to Scott’s Wife Stephanie for their 3 year old daughter llana… thanks! and enjoy… <3 DC” https://soundcloud.com/rabbitinthemoon/raincry-ascension-mix

n 1990 as all teenagers began to take a great interest in music… But before it has had time to study at musical school about three years (an accordion class). On the professional equipment has tried to mixing in 1998 in musical shop…. On the second year of study together with initiative group have created the radio centre. In 1998 began to compose the first tracks and the samne time begun his DJ’s practice. In 2002 the scene unfortunately was removed on a background… In 2008 has started to collect a collection of vinyl records…and came back to scene as the the DJ played all styles for all this time, but the choice has stopped on Progressive House, Beaks and Deep House. At the present moment write music and remixes at home studio like “Alfoa” project has any solid releases on different labels))) In February 2010 became resident of Pure.FM – Now every first monday of month on Pure.FM you can hear 2 hours Progressive House/Breaks mixes on Progressive channel at 17-00 GMT (21-00 msk)
in show “Internal Changes”

Ah, so nice to get back to the deep stuff… fresh and classics from me and such a damn cool guest mix from Alfoa. the dude has mad skillz when it coes to the deepness… His mix has plenty of his stuff including some unreleased tuneage, so make sure you garb this one!