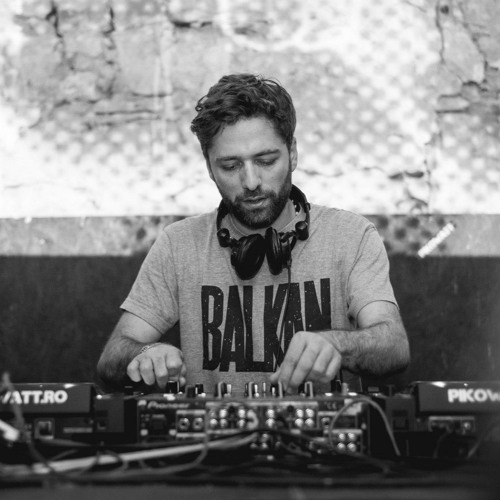 Back to the guests again and this week we’re featuring an artist that’s it more to the left of centre – Blanilla. Not one to shy away from putting a more interesting twist on his tunes, the man has brought us some great tracks via Sound Of Habib, Play Rec Uk and now with a fresh release on VIM Records ‘Start The Revolution” and an impressive gig remixing Ils for Distinctive – he is definitely one to keep an ear out for, hence this guest mix!

Angel Rusu aka Blanilla has been DJ-ing and producing breakbeat, drum&bass and other related genres for about a decade. Originating from Transylvania- Romania, Blanilla managed to take part at all the important festivals in his area (TM Base, 48h, Summer Break), thanks to his energetic, dynamic and well built Dj sets. He was three times finalist at Heineken Music Thirst Studio, the most important Djs and producers competition in Romania. During the years, Blanilla had the chance of sharing the stage with Groove Armada, General Midi, Aquasky, Big Bud, Jay Cunning, Mesmer, James Lavelle, 2 many Djs, Sven Vath and of course, Tiesto 🙂 . In november 2011, he released an album with MC Posset for their common project, Setilla.
Currently, Blanilla lives in Cluj-Napoca working as a radio Dj and producing track after track in his home studio, being the newest member of the swedish pioneer breakbeat label, Sound Of Habib. He also collaborates with the greek label, V.I.M. Records and with Play Records UK.

Big Shouts to Blanilla for a wicked guest mix chock full of his originals and remixes – damn, he’s got some solid tunage coming out very soon – and don’t forget his recent releases on VIM and Distinctive. My mix had fresh stuff from Ego Shot Records, RUNE, VIM, Scarcity and In Bloom Recordings. enjoy!

Next Week: Guest Mix from Acidova