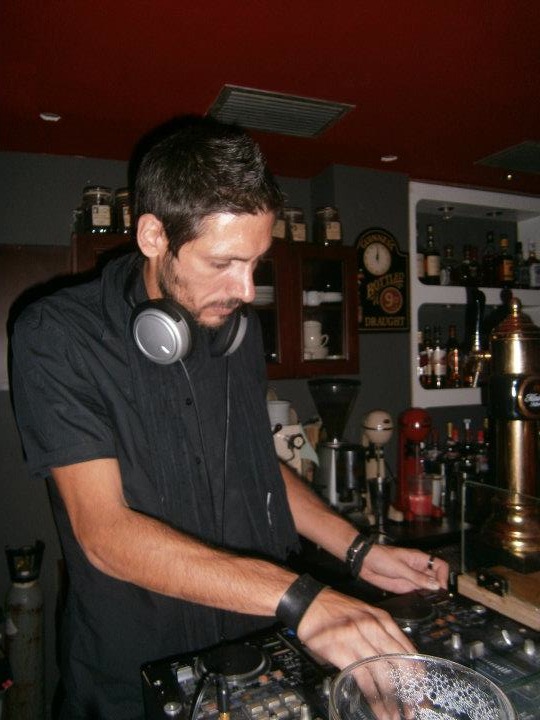 Back to the guest mixes and this week featuring a new artist that I have been loving – and rinsing – recently: Resonant Status. His style of breaks is right where my head is at and I’ve been played the pants of his recent ‘The Path of Grace EP’. Deep and driving with a heavy dose of the atmospherics and tight production have made me an instant fan. This mix is chock full of the sounds that influence him and is quality – see you in the chat!

Resonant Status was around the underground electronic scene for quite some time, before emerging from the depths of deep bass lines, tight snares and out worldly soundscapes. Been influenced by the Psy-trance movement, back in the 90’s, he quickly realized that the energy that pumps into the Breakbeat music, would be his next musical step. The ‘big-beat’ sound he delivered in his sets, during the early 00’s, made an impact on his later development as a musician. With his own radio show in Greece’s ROCK FM, he worked as a producer and managed to get numerous DJ residencies in many underground clubs in Athens.

After some experimentation, he re-invented his style, from Big-Beat to pure breaks resulting in various (and quite random dare I say!) appearances in compilations from minor labels. His cinematic, almost ritualistic style caught the eye (if not the ear) of many labels during the last 5 years including: Rune Rec, Divergence, VIM and Audio Theory and his work was and still is supported by well-respected radio shows.

Sound engineer, producer and musician this guy will definitely keep doing what he does best. Breaks of all kinds, breaks for all kinds!

I know I say this often, but damn – there is so much good music around at the moment. Resonant Status’s mix was chock full of the deep and driving – big respect for a great mix. Lots of new stuff from me – shouts to all the labels and artists – even played a new original from me – hope you dig it.