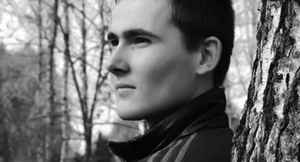 Back to back deep proggy guest mix goodness, this week featuring Omauha. I’ve been really impressed with what the mans being doing and then his LP out on Morphosis Limited landed in my mailbox and it blew my mind. Such a great album with such depth – a solid journey of an album. How could I not ask him on the show…

The album is out now, so make sure grab a copy of this instand classic: http://www.beatport.com/release/complicated/961838

Also – I’m travelling again so this is a prerecorded set I did in the hotel last night. I’ll be on a plance when it airs, so big thanks to DJ Marty B for getting it on the air.

Was born in 1989 in Cherkassy, Ukraine. In 2006 year began to take an interest in music, started to create music and began to learn music programs.
At first time worked with different styles of music, but first of all it were Trance and Chillout. In 2010-2011 was paid more attention to Progressive Breaks. Later was lucky to sign first track Extra with Morphosis Records for VA ñ Evolved Breaks 2.
Now working almost all the time with this style. Used Sequencers: FL Studio and Ableton Live.

Wow – such a cool mix from Omauha and with so much of the tunes from his recently released album and even some new stuff – really impressed – go buy the album, it’s quality start to finish! I was on a plane when this aired, so it’s pre-recorded from a hotel and hence no me on the mic, I did however get the wonderfully obliging Dj Marty B to play it for me, so you have his dulcet tones instead. No more traveling for a while so it should be transmissions back to normal next week..

Also next week I have a new little segment in the show, but I’ll tell you more on that later… 😉