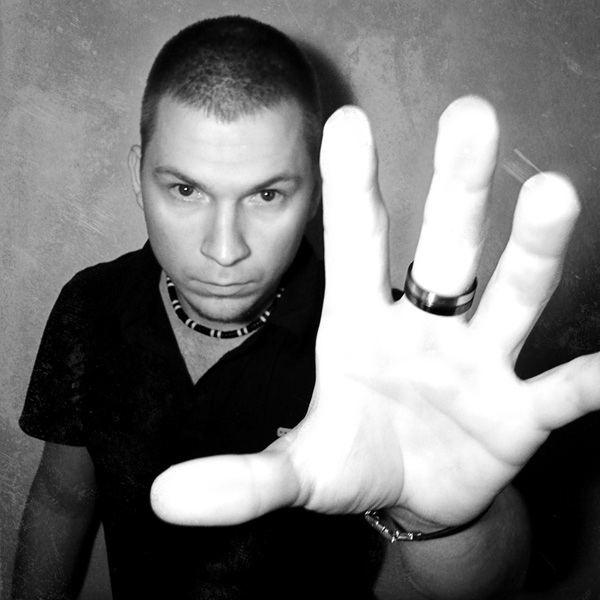 On this weeks Disc Breaks show I’m stoked to feature an exclusive guest mix from Aeron Aether! His mix has stacks of new stuff from him, so you know it’s quality + I’ve been record shopping, so brace yourselves for 2 hours of the fresh deep stuff)

Aeron Aether (Gábor Kovács) is a Hungarian composer, producer and “experimentalist” of electronic sound. A prolific artist, Aeron has produced top-charting tracks in various sub-genres of electronic music, including house, progressive, chill-out, and breaks. Regardless of the genre, Aeron’s goal as a producer remains the same: the composition of innovative and evocative music. In addition to studying electrical engineering, Aeron has spent much of his life composing and listening to music. During his academic study of music, Aeron learned to play cello. Not surprisingly, Aeron has a well-known “signature” of infusing orchestral and symphonic music in almost all of his work.

In 2009, Aeron was named “Breakthrough DJ/Producer of 2009” by industry heavyweight Matt Darey on the Dj Mag top100 list, and Matt named him again also in 2010. Aeron is not only a producer, he was the label manager of the youngest Silk Music sublabel, Arrival Records for more than 2 years, and the mastering engineer of almost all Silk Music labels. His tracks are also supported by a variety of internationally acclaimed house, progressive, and trance DJ’s, including: Matt Darey, Paul Oakenfold, Marcus Schossow, Richard Durand, Arty, Myon & Shane54, Jaytech, Solarstone, Mark Pledger, Eelke Kleijn, Martin Roth and many more.

He played in such radio shows as Matt Darey’s Nocturnal, and Solarstone’s Solaris International. Future goals include producing an artist album, as well as scoring film — the latter lending itself more to Aeron’s eclectic influences and artistic tastes.