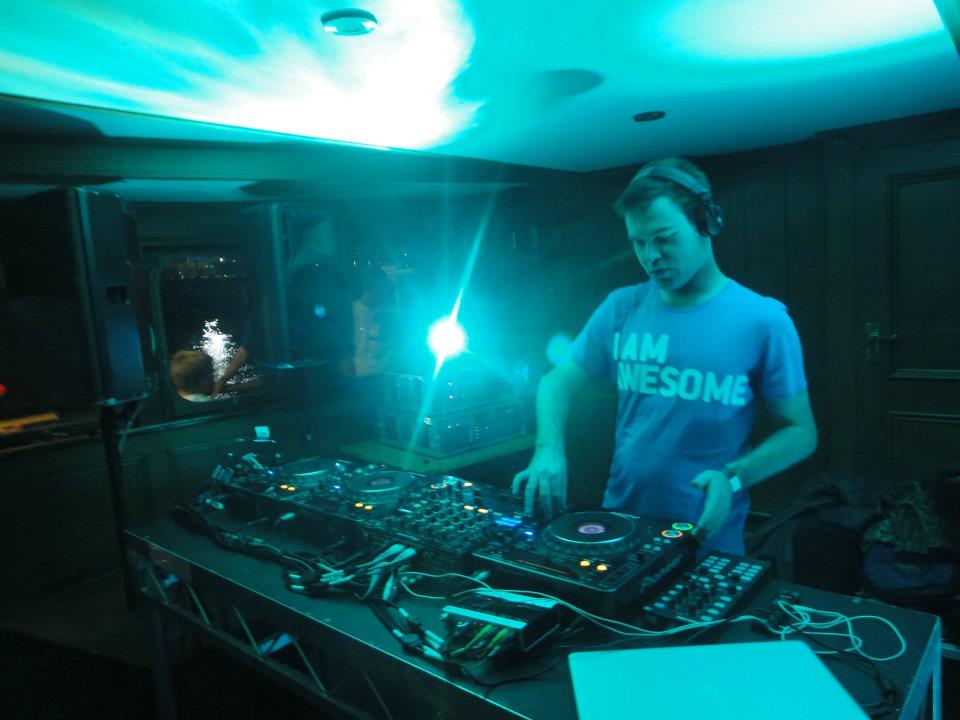 After a weeks break while I sunned myself in Bali, we’re back and this week have a guest mix from a local talent – James Brooke. James has been playing round Melbourne for a while as well as having his own label and is a great one for supporting local music and events as well as having his own cracking Radio show on the Local Kiss FM station – Elements. His music tastes are very diverse, but he’s gone back to his musical roots with this old skool prog breaks mix he’s laid down just for us – quality!

James Brooke’s interest in dance music was spiked at the mere age of 12. Previously immersed in more alternative sounds, his older sister exposed him to a different style of music. BT ‘Movement in Still Life”, Prodigy “Fat of the Land”, and Paul Oakenfold’s Perfecto were on constant rotation at home. Once hearing this, James was hooked.   At age 16 he sold his bass guitar, left the band he was involved in and went out and purchased some decks and a mixer and taught himself how to mix. Inspired by local gun’s Phil K and Nubreed, James initial genre of choice was breaks. However, feeling the urge to take his tastes and sets further, he started exploring many other genres and styles. He discovered he loved them all. Not content to pigeonhole himself into one box, James is now a very versatile DJ. Progressive, trance, breaks and techno are mixed seamlessly together, making sure even the most fickle crowds are kept entertained and rocking.   The last four years have seen James arrival into the Melbourne dance scene. Rocking many of Melbourne’s top nightclubs such as Room680, Brown Alley, My Aeon, Miss Libertines, Wah Wah Lounge and many more. He has supported international DJ’s BT, Tiesto, Agnelli & Nelson, Sander Van Doorn, Matt Darey, Marco V, Sean Tyas, Roger Shah, Simon Patterson, Richard Durand, Leon Bolier, Sied Van Riel & many more. He has played at Trance Energy & Earthcore. With residencies at White Sands, Nexus and Loose, this young talent has successfully established himself as one of the local scene’s gems.

James Brooke is without a doubt a crowd pleaser, intuitively understanding and reading the crowd is his specialty – He always seems to know what tracks to play that will keep the dance floor in motion. Smiling faces, dancing feet and head’s bumping, no chin strokers to be seen. It’s this impressive set of skills that have seen James chosen to compile discs on CD’s such as Godskitchen, In Trance We Trust Australia, and the official Sensation Australia compilation as well. Feat’s normally achieved by only the most established internationals – or their equal.   The start of 2008 saw James launch his own record label, 405 Recordings. Already gaining the support of countless local and international dj’s, label features such names as, Armin Van Buuren, Tiesto, Ferry Corsten, Markus Schulz, BT, Cosmic Gate, alongside local guns, Aaron Camz, Trent McDermott, Brendan B and many others. 405 Recordings has grown to be Australia’s biggest and best Trance label, with countless CD releases and an even bigger digital stable of tracks and releases.

Toward the end of 2010 James launched his very own radio show called ‘Elements’ on Melbourne’s dance music radio station Kiss FM, which airs Saturday nights from 9 – 10:30pm. Featuring weekly guest DJ’s, interviews and exclusive new tunes. He has already had names such as Ferry Corsten, Richard Durand, Mark Sherry, Timo Maas, Giuseppe Ottaviani, Aly & Fila and many more.
Make sure you tune in as it’s quite an impressive show.

The beach was lovely, but getting back on the decks was better…. new stuff from me from Ego Shot, Scarcity and VIM plus the first play of my new remix… then the James Brooke guest mix chock full of classic old skool proggy breaks goodness – damn that was so so good…. let’s get him back soon