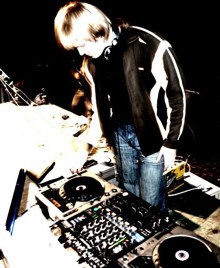 This week I have a very cool artist showcase from a guy that has been really impressing me lately – Skaarj. He writes proper deep breakbeat in my opinion, driving and bass driven but with solid beats and great melodies and breaks – he lets each track breathe and flow and he become a firm favourite. He’s also pretty prolific so the mix is more of an artist showcase with over 12 of his tunes and remixes included – all quality. This is really not one to miss!

My name is Sergey, I play and write tracks in music style called Breaks (all of its forms). Music for me is not just a collection of sounds, but something much bigger. After going through a lot of musiс styles, my preference leaned toward the broken rhythms. Forever fell ill into breakbeat in 2005. After listening to a lot of Breaks music I desired to learn DJing and in a short time I started to do that yourself. After this, wanted to go further and learn how to write my own tracks and soon I got it.I like very technical music, and love to experiment. I like to play and write like a powerful and a very nice and easy music. Music that surprises me almost every day – Breaks! And it also very interesting for me, to listen to different sorts of music, and learn something new from it.

Very, very cool guest mix from Skaarj, showing why he is currently one of my favourite producers. Lot’s of deep driving goodness throughout, with some new tunes in my bit from In Bloom, Morphosis and DSUK + a play of my recently released remix: Choc St. Clair – You Ride It, You Jump It (Llupa’s Knievel Remix) out now on VIM Records

Next week – no show as me and Mrs Llupa are away in Bali, but I’ll be back the following week with a guest mix from local prog man – James Brooke