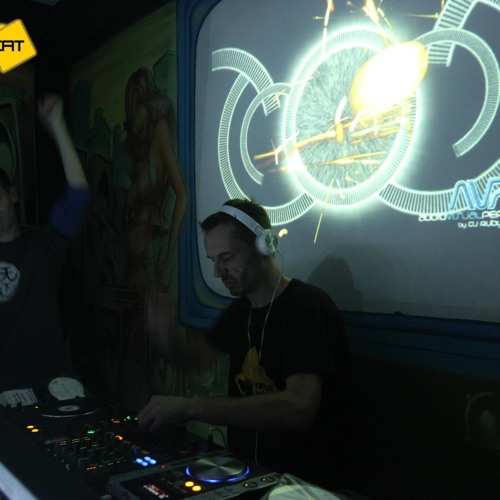 This week on the show we have our first ever DJ takeover with fellow NSB DJ, DJ Fastbinder taking over for the whole 2 hours of deepness. DJ Fastbinder, aka Steve, has been a DJ after my own heart with a long history of playing the quality deeper end of breaks with multiple radio shows and a seemingly insatiable appetite for pulling mixes together. This is a great show and maybe the first of more take overs to come…..

Fastbinder was born in 1973 in Leuven and had a relaxing childhood in Tervuren city near Brussels in Belgium. When he got his hand at his first piece of vinyl back in 85, the shit hit the fan. He got infected with a musical virus and soon the bookings started rolling in. He had some dates in clubs in Belgium and played in the Garage in London and in Mist Club in Derby.

He was one of the founding members of the Rolling Maffia crew, a Belgian dnb/breakz collective. and had a monthly host session on ibreaksradio on DJ Kulturs Kultura Breakz show. He recently teamed up with UK’s Andy Faze, and together they are the Future Breaks, a 2 man dj collective with their own radio show on NSB radio

During all this time his musical preferences evolved from trance into to the Deep melodic and progressive breaks he plays today.