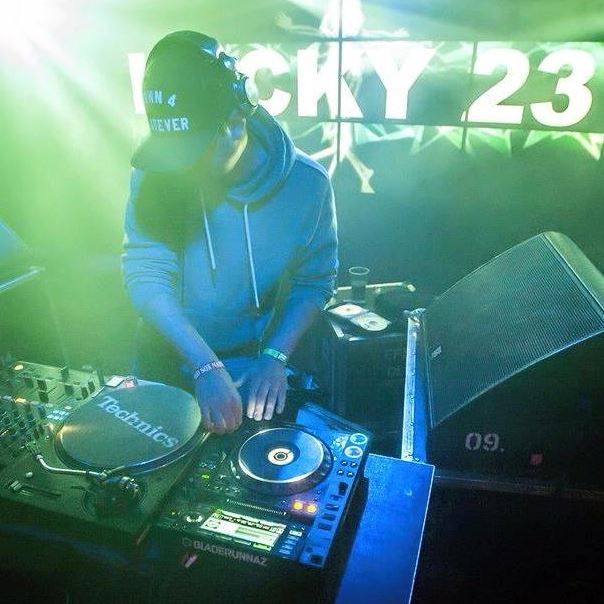 Back to the guest mixes and this week featuring a guy who impressed me with his debut release on Break.sk and then again on his subsequent remixes – The Lucky 23. Now he has a new release on Breaks.sk The Wave / Marine 9 – both on a left-of-centre deep tip that we like so much on the show. I thought I’d love to hear his influences, so here it a guest mix from the man – enjoy!

The Lucky 23 started to produce in 2007. His productions are various, using acid sounds, also using old school breaks elements and he is getting into the techno sounds as well! In his Live sets he is turning the crowds brain with some techno tracks on breakbeats.
The “Up and Down” EP was his first release at Breaks.sk Records last summer. Both tunes he made had brilliant comments from Sam Hell, Hedflux, and Meat Katie!

Next production was a remix last october for Dj Metha (Hungary), with an other great artist Sam Hell on the same Remix EP.
Forthcoming EP is out in February 2012 at Breaks.sk. Rec. called “The Wave” and “Marine 9”. Currantly he is working on a remix for Diablo Loco and very busy with more productions and plans for releasing more stuff.

The Be Massive times 2008-til nowadays:

He joined the Breakbeat Massive Events in 2008, which is the most popular tech-funk party series in Budapest. He is working for Breakbeat Massive as an organizer in partnership on the side of DJ Metha, keeping contact international DJs and producers in the breakbeat and techno scene, and he is also a regular DJ on their own event! DJing is not his main profile, even so he is playing often in the club Corvintető, U26, and various clubs in the countryside! He promoted big gigs with such names like Elite Force, JHz, Sam Hell, Krafty Kuts, Rektchordz, Mike Hulme, Meat Katie, Marten Hoerger, Hedflux, Kickflip, Beat Assassins, Fine Cut Bodies, AMB, Ludmilla, DJ Palotai and many more! Breakbeat Massive had already a massive crowd and a lots of fans in Hungary…and still many more in the pocket! Last year they decided to change the name of the event, because the last few years brought more genre of electronic music into the show and developed from breakbeat to all kind of techy styles! The new name is “Be Massive” now, and the previous one has been celebrated in 2011 with a huge good-bye gig with Evil9 on board!

The Lucky 23 productions are influenced by the golden age of the breakbeat music, but now they are more techy produced with heavy drums, rolling grooves and dark atmosphere!

Great guest mix from The Lucky 23 – bit of a mash of house and breaks, but all with a quality deep vibe. New stuff from me from DSUK, Subtribe, VIM and Morphosis.